Roger is now our first MGB Register President and thoroughly deserves the role.
Three of his MGB friends, Neil Hyett, Nigel Pratt and John Watson have jointly put together a summary about Roger, his MG and other interests, which include Photography, Model aeroplanes and Motor Bikes. 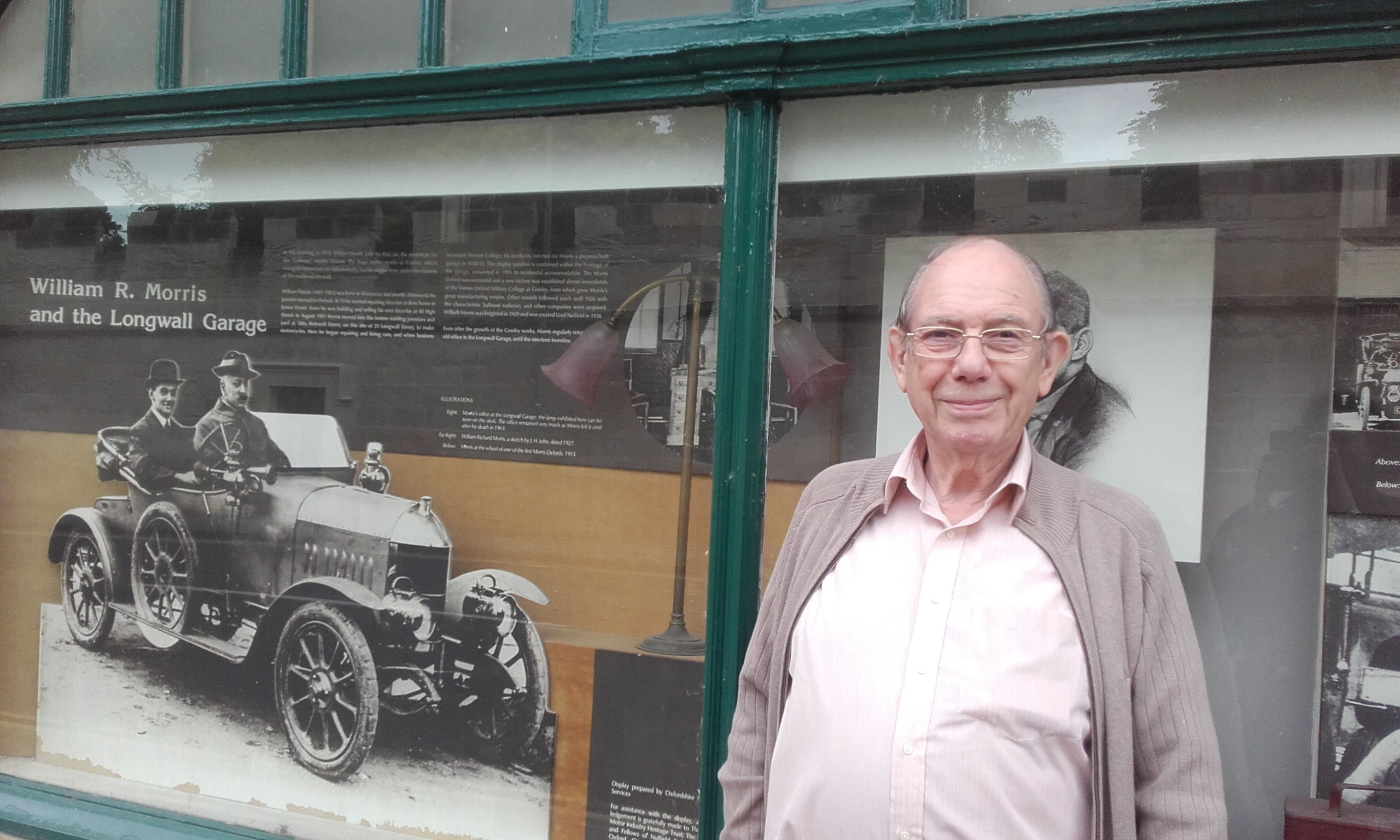 He has worked tirelessly for the good of the MGB Register since its inception back in 1979, so the current committee felt the best way to thank Roger is by honouring him with the position of Register President.  Don’t get the wrong idea he’s not retiring or slowing down as he is still actively involved with things so will be very much a working President.

Roger and his first wife Shirley were members of the original MGB Register Committee in 1979, with Shirley being the first Treasurer. When Shirley passed away Roger took over the role which he continued with until 2012.  Rog is supported by his second wife Joan and they attend many events together and are regulars on the Register Weekends. Roger and Joan at the MGB Register Weekend – Derbyshire

He is a mainstay of the Register being well respected with a good sense of humour which no doubt is a good asset when being on the committee member for so long.

Roger drives a bright Citron yellow MGB GT which has register number 97, this he has owned since July 1979. Obviously being involved with things for so long he has a wealth of knowledge and anecdotes from the past so is able to give reasoned views on Register decisions.

We all look forward to working with him in his well-deserved new role. Well, what can I say about “The Rog”?

Some describe him as a recycled Teenager, others think he is just the perfect Gentleman, always ready to help or offer his wisdom on MGs, Vintage Motorcycles and Cameras or classic model aircraft making.

Jan and I first met Rog through our ownership of MGB sportscars.  I think I was admiring “UAE”, his distinctive citron yellow GT with period vinyl roof and we hit it off straight away, as two boys interested in anything automotive.  I mentioned my other passion for motorcycles and that was also something Rog had enjoyed from a very early age, piloting Nortons, BSAs and Ajay’s up muddy banks on MCC trials. It turned out that he owned a collection of Vintage Motorcycles (manufactured before 1931) and had a Douglas, a Norton and a BSA Sloper.  Rog thought I needed to experience the joy of Vintage motorcycling and invited me to one of the VMCC Training Days.  These were run every year and asked very patient and generous owners to bring their machines to Curborough Circuit and let the “Students” have a go on bikes with hand change gears, manual oiling systems and lever throttles. I enjoyed the day so much that Rog asked me if I would like to come with him on the annual VMCC Banbury Run.  This is an 80 odd mile regularity ride around Oxfordshire and is only open to a maximum of 750 Vintage bikes built before 1931.  Rog entered his Norton and thought I could manage the 1930 BSA Sloper which had a “modern” twist grip and brakes that worked!  I still had a 3 speed right hand gear lever to master though! You need three hands really as you let go of the grip throttle, pull in the clutch with you left hand and then fumble away at the gear lever by the petrol tank hoping to find the next gear.  Then its off the clutch, and right hand back on the throttle before you’ve lost all momentum.  Very satisfying when you get it right. Me and Rog started together but got split up somewhere round and unfortunately, I lost a brake cable somewhere so had to retire.  We returned for the following few years and I did manage to complete the run several times, including the tricky steep ascent at Sunrising Hill.  I now own the BSA and still enjoy running it now and again.  The saying goes –

“Swift down the hill at quite a pace, with flies on teeth – big grin on face!)

Rog is also a keen model aircraft builder and spends many hours at his bench playing with balsa wood and glue.  My Father was also an Air Cadet around the same time as Rog and was also a keen on model aircraft.  He mostly played with gliders or rubber band powered planes.  When my Father passed away some years ago, I discovered lots of items from his youth in the 1950s and one interesting thing was the plans on how to build your own working scale model of a Tiger Moth Bi Plane.  It was very detailed and I knew it was way too technical for me to use, so I asked Rog if he was interested.  He was very excited and thought it was quite a rare thing to discover after all this time.  Rog is now well on the way to building the aircraft which will fly sometime in 2022 we hope!