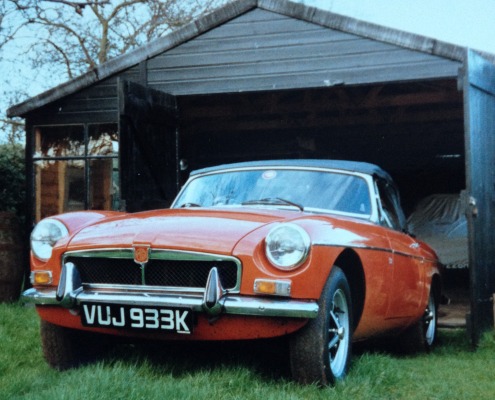 Hi, I owned this 1971 MGB Roadster VUJ 933K between 1987 and 1989. It was in Blaze with black vinyl interior. I restored the car, enjoyed a couple of trips to Le Mans in it and used it as my everyday car. I sold it to a friend in Rochdale who subsequently sold it a year or so later to an Air Stewardess based in Manchester. The DVLA record it as SORN and last changing hands in 2012. I would like to be re-united with the car, can anyone help?

If you can help please contact Andrew Vigor the MGB Registrar